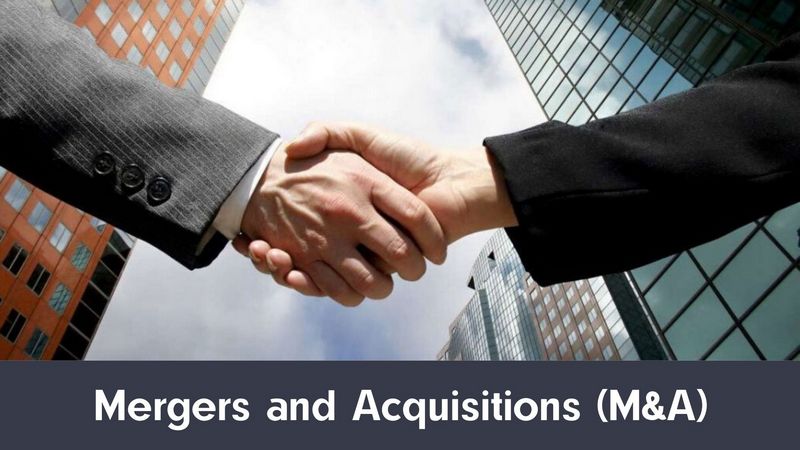 It is difficult for small firms to compete with large companies that have long occupied a niche in their industry. A successful start in business requires impressive capital and resources, which not all entrepreneurs have. In such situations, mergers and acquisitions (M&A) can be a great solution. These are the types of reorganization of commercial organizations made in order to connect two or more business entities and merge their capital. M&A deals offer opportunities for increasing capital, resources and other important business performance indicators.

The main goal of mergers and acquisitions is to increase profits. The main motive of most M&A transactions is the synergistic effect. This is a complementary cooperation of two or more companies, as a result of which it is predicted that a better result will be achieved and more profit will be made.

In addition, there are other motives.

Motives are not always explained by direct money savings. In some cases, they pursue the following:

Thus, the number of motives due to financial savings and not related to direct monetary benefits can be very large – they all depend on specific situations.

Often the concepts of mergers and acquisitions are considered equivalent, but this is not so.

Acquisition is a process that results in the establishment of complete control of one company over another. It occurs through the redemption of part of the authorized capital of the acquired company, the size of which should be at least 30%. For example, a certain company is rapidly decreasing its growth rate and is no longer meeting the requirements of the modern market. In this case, the value of the company’s shares is reduced, and it becomes a profitable object for absorption. Depending on the interests of the participants in the process, two main absorption groups can be distinguished:

Merger is a process that results in the merger of two or more companies with the receipt of a new organization. The merger process is divided into the following types:

Mergers and Acquisitions: Types and Features

There are the following types of mergers and acquisitions.

The merger of companies and their types are divided according to national indicators:

Advantages and disadvantages of M&A deals

M&A deals have both advantages and disadvantages. Let’s consider the main ones.